With spectacular views of the Kaimai Ranges, the front nine of the course winds along some challenging water features before making its way towards the residential subdivision and then back to the Country Club.

The back nine heads out from the Country Club to the far end of the course where it’s slightly more open and has views of the harbour. Here you will face some challenging but rewarding holes before returning to the Country Club so you can replenish and refresh yourself in our café and bar.

Fairview Golf Club undertook some major golf course improvements over a 12 month period from February 2017. This saw a new layout to Holes 1-5, drainage and irrigation works to the lower holes and planting throughout the course. These works were done in conjunction with ‘The Drive’ subdivision works. 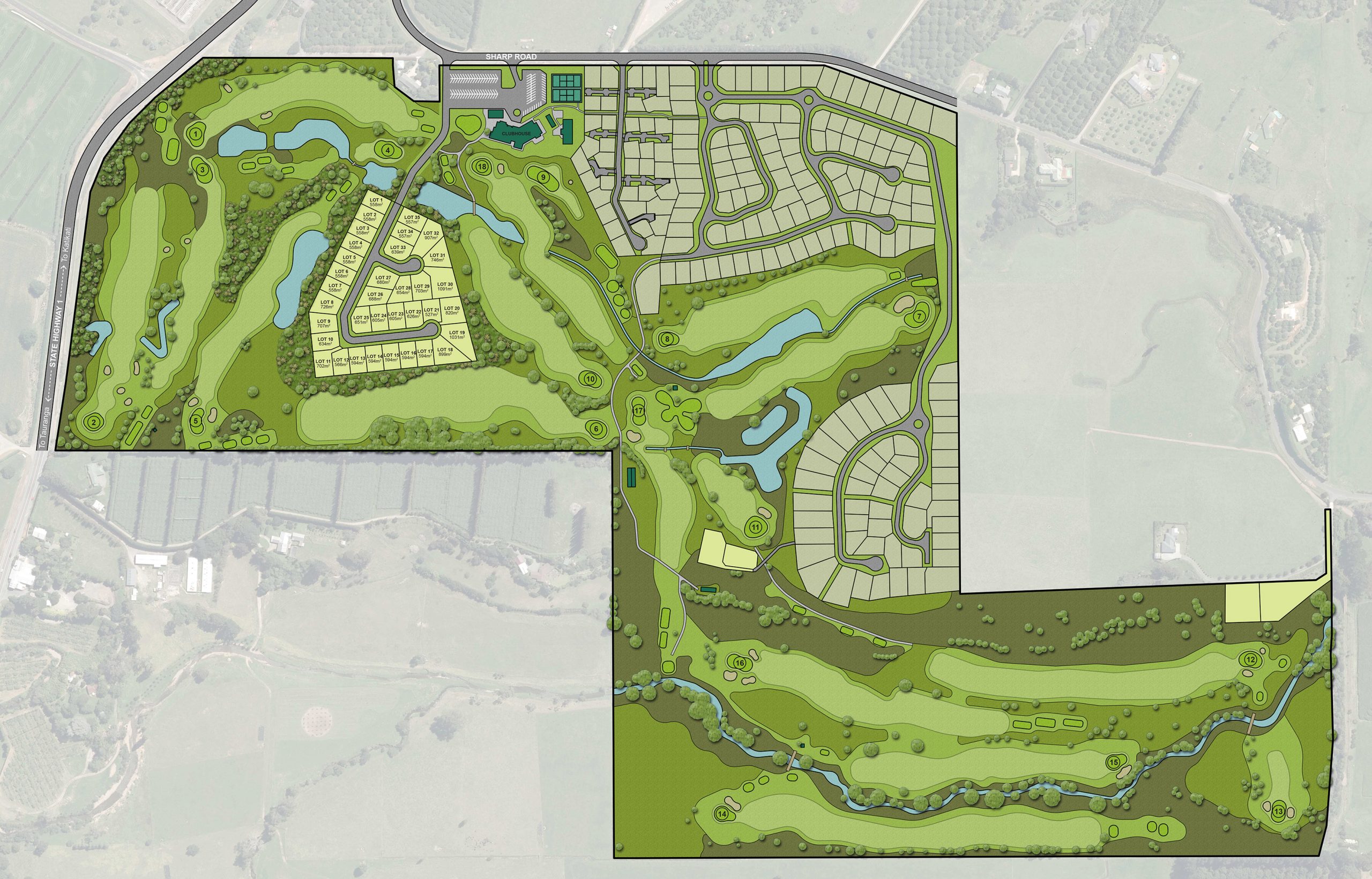 The above course map shows the new Fairview Golf Course layout. Plan is indicative only.

Hole #2 – the previous Hole #2 was eliminated and the old third hole has become Hole #2 played from a new set of tees. The bunkers on the left side were eliminated and a new bunker constructed on the front right side of the green.

Hole #3 – The alignment of this hole is now slightly left of where the previous Hole #4 played. A large portion of the previous pond was filled in and converted to fairway. Essentially this is a completely new par 4 with a generous new fairway, no bunkers and a new green set in amongst a hillside with native planting.

Hole #4 – This is a completely new par 3 playing across water with generous bail-out areas to the left of the pond. The green is quite long and set up with a favourable approach allowing you to run the ball onto the green.

Hole #5 – Plays back to the previous Hole #5 green with a new set of tees and a new pond down the left side of the boundary. The alignment of the hole is slightly right of the previous hole making for a soft dogleg left. The right greenside bunker was eliminated opening up a new angle on the right.

Hole #10 – The orientation of the tees has been adjusted to aim further left and some trees were removed down the left side of the fairway. A fairway bunker has been placed down the right side and native plantings incorporated into the mounding behind the bunker.